The invisible energy in our bodies is electricity, which, along with gravity, is the most important of the elementary forces we are subject to. Our entire existence, all our thoughts and actions, all our physiological functions, are made possible only thanks to synaptic processes, which are electric in and of themselves, and occur within our nervous systems.

Each one of my works tells a story. Not a story that may be told in words, as we might read in some concert program, or even in a symphonic poem. Rather, we’re dealing with stories of musical transformation. They’re about elements, like in a chemical process. Music, of course, is not a natural chemical process, in that it is man-made and part of a culture, a cultural process – that’s a key aspect. If anything, music is a blend of physiology and culture. A spiritual world, if you will.

My new concerto for violin is entitled Corpo Elettrico. It picks up some of the ideas that I used for a long time during my work at IRCAM. The work starts off with a violin solo, with coloring rooted in eastern musical tradition. A sort of outcry, a lament. After that solo, the material becomes the basis for an orchestral outpouring, which is common for traditional violin concertos. The solo seeks to deal with that, but something is awry. The violin wants to take part and sustain the orchestra, but gradually it falls short. Its reaction is illogical and capricious. Thus, instead of sustaining the orchestra, the violin influences the orchestra and infiltrates it, destroying the architectonic structure of the traditional concerto featuring a soloist. The traditional logic of western music – a harmonic weave involving the soloist and the orchestra – is done away with when the violin solo challenges the orchestra and begins its own transformation. The violin becomes “electric”, with a series of electric guitar distortions using the rake technique (producing a dry, percussive sound), something akin to Jimi Hendrix’s “wailing” style. In the process, the expressiveness of the violin is a hundred times more powerful than anything you could ever get out of a guitar. An electric storm is unleashed, comparable perhaps to an epileptic seizure. The soloist is caught up in it and carried away. Gone are the old conventions. As are all the stereotypes regarding how a piece should sound, and be constructed in terms of height, tonal beauty and symmetry. The only thing left is sound. The soloist’s energy is transformed from interior energy to exterior energy. It’s a real explosion of energy, which, in a certain sense, becomes a cry of hope.

I’ve got tons of faith in audiences’ intelligence. I think listeners are a lot more curious, a lot smarter than people have often thought. I’m out to break up the “Lego blocks” that are the forms and preconceived expectations. I want to encourage audiences to stop thinking and go with their instincts! 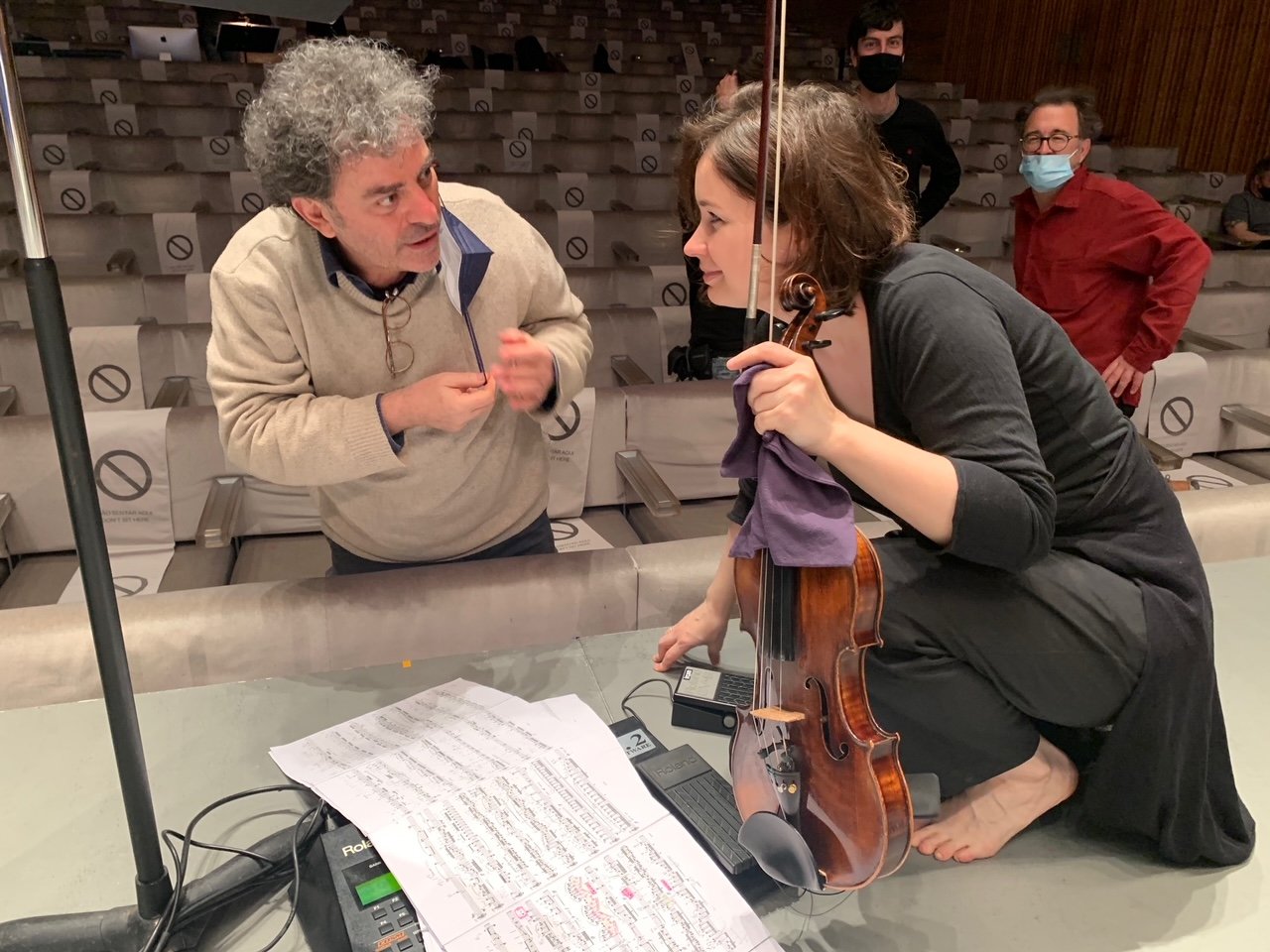